With the government's new 'open-book' policy about its past dealings, it has come to light that eighteen years ago a hundred pregnant women were exposed to a chemical that has altered the DNA of their children. In order to discover just how these children have been affected a program has been set up to bring these children together and over the course of a few short week, test and observe these children for any abnormalities. So far the results are inconclusive.

Apart from the fact that every teenager affected by this chemical is good looking, there seems to be nothing too out of the ordinary about the group. At least as far as Clio and her new friends are concerned. That is of course until the 'stars' are exposed and a number of sinister and dark secrets about the campus staff is revealed. With so many questions and strange abilities presenting themselves, Clio and her friends go looking for answers but what they get is a deadly stand-off.

Solid brings together a hundred seventeen-year-olds to a secret and secure campus where they can be informed, monitored and tested on any abnormal traits or abilities they may possess. The cause of all this, a drug known as C9x that has affected the very 'solidity' of these teenagers' beings. As a result superhuman abilities are experienced as is rule breaking, secrets, lies, dancing, stars, romance, murderous soldiers and unshakable friendships. A series debut that's unique subject matter makes this a highly engrossing read.

Australia
I am a blogger, crafter, amateur artist and creator of handmade gifts. I have reviewed books, studied history and found an interest in the magical practices that add a charm and brilliance to everyday life.

If you have a book you would like me to review

Please be sure to read my 'Requests' section located on my About page beforehand. 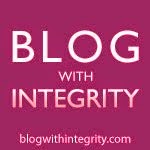